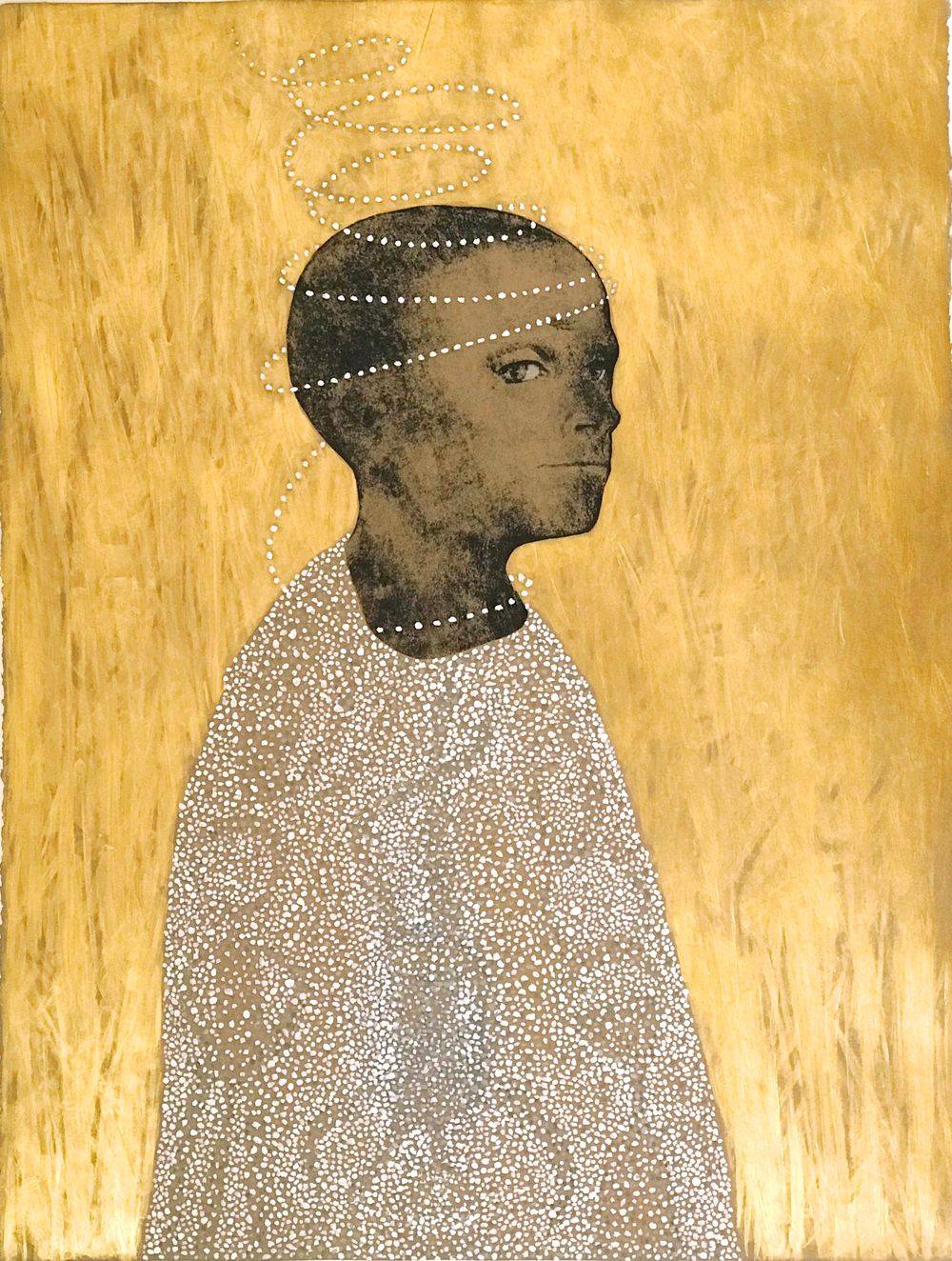 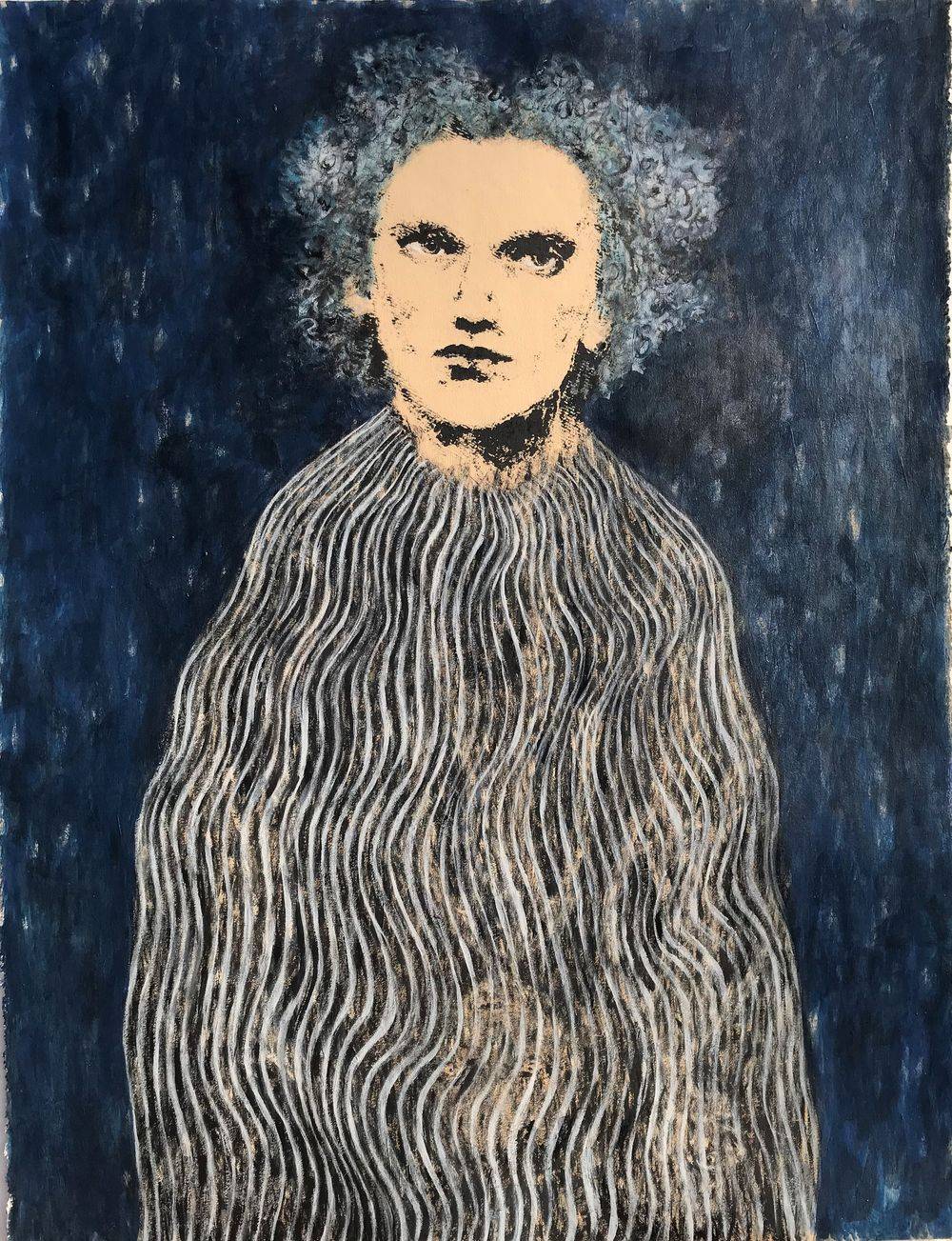 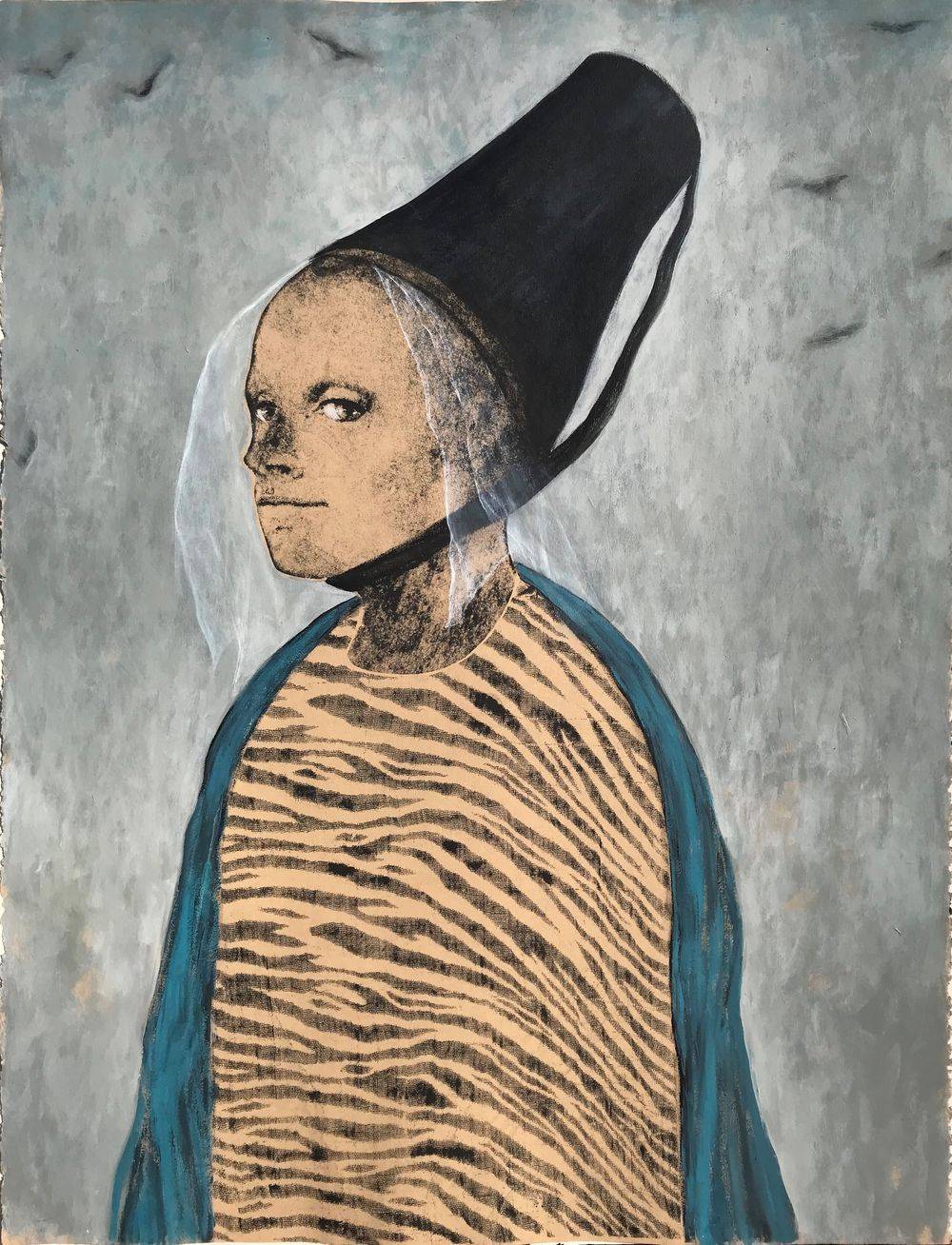 “One theme has preoccupied me and been apparent in my work since the mid 1990s when I lived and studied in Germany and The Netherlands, and that is duality—in every aspect of human life,” writes Kristina Küster-Witt. Her ethereal, androgynous figures set against lush patterns seem to channel early Renaissance portraits like for example Hans Memling. In this playful, figurative series, she depicts inner conflict, hopes, dreams and fears.

Küster-Witt worked primarily in oils until recent years when she began transferring elements of her paintings, mostly faces, into prints using paper lithography. She “recycles” elements into a new composition, adding layers of mono-prints or painting onto the prints. Through the partial burying of these elements, she creates a tension through the contrast of delicately painted patterns on unprimed, raw wood panels or brown print-making paper. That contrast reflects the fragility or violence of emotions and the ultimate concerns of our existence--loneliness, freedom or mortality. “I like for my imagery to have its own clarity and subtlety but at the same time address a world of uncertainty and obscurity.”

Matter itself has a duality in her work. The viewer may wonder “Is it a rock or a bubble? If her figures curve and stretch, they do so effortlessly. Her human figures have physicality and gravitas, yet they are eerie, rapt, floating. A smaller twin is sometimes part of the composition. In “Bubble-gum Flavor,” an androgynous figure is wrapped in soft pink folds against a patterned red background that seems lit from within. In “My Home Is My Castle,” her subtle effects give way to a strong political statement.

Küster-Witt received a scholarship to the Royal Academy of Fine Arts in the Hague and earned her master’s degree at the Academy of the Visual Arts in Karlsruhe, Germany, where she studied with artist Peter Ackermann. She received an Artist Fellowship Grant in 2010 from the Connecticut Commission for Tourism, and has been a Silvermine Guild member since 2008. Her work has been exhibited widely in Germany, the Netherlands, New York City and Connecticut.